The grief and trauma beyond statistics: life after baby loss 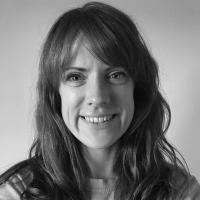 Our daughter, Skye, was born dead at full term.

Just those words alone make many people incredibly uncomfortable. They may make you feel uncomfortable now, reading this. But try to imagine how uncomfortable they make my husband and me. And then imagine what memories we have. What we’ve seen, what we’ve felt, what we’ve gone through.

The shame, guilt, anger, grief, sadness, fear, panic and devastation that all come with losing a child are utterly overwhelming. Most people choose not to imagine what it would be like. And why would you? Why let yourself dwell on something so horrific when it is so unlikely to happen to you?

As it turns out, 1 in 200 pregnancies ends in a stillbirth. 1 in 4 end in miscarriage. In 2017 – when our daughter was stillborn – 4,822 babies were either stillborn or died within 28 days of being born. I had no idea of this before I fell pregnant, and to be honest if I had I probably would’ve thought “those poor women”. Not me. It won’t happen to me.

She had been such an active baby, and loved kicking me in the ribs. 36 hours later I gave birth to our dead child. We are still trying to find out why.

But we aren’t just a statistic. We went to hospital one night after a healthy pregnancy and were told her heart had stopped beating. We saw it on the screen. A perfect circle with four chambers, completely still. She had been such an active baby, and loved kicking me in the ribs. 36 hours later I gave birth to our dead child. We are still trying to find out why.

I knew straight away, instinctively, that her death had changed us. I knew that it was like an earthquake in terms of all of our beliefs, our dreams, and where life would take us. In a single moment, entire continents had shifted. And we had fallen down the cracks, plunged into darkness, in searing pain and unable to see a way out.

I knew that it was like an earthquake... In a single moment, entire continents had shifted. And we had fallen down the cracks, plunged into darkness

But what I didn’t know was just how complicated it would be. How it wasn’t just intense grief and anger that I’d need to deal with, but also trauma. How I would feel so ashamed, as a woman, that almost 3 years later I still struggle to look people in the eye. How I didn’t know whether I still ‘counted’ as a mother. How I didn’t anticipate friends disappearing, their silence only making my shame sink deeper. How we completely shut out the world and everyone in it so that they couldn’t hurt us with thoughtless comments and looks of pity. How hardly anyone asked me ‘normal’ questions like how the birth was, what she looked like, why we’d chosen that name. How the sound of mud hitting the top of her bamboo coffin would haunt me. How I would now look at pregnant women or parents with babies filled with anger and jealousy. How I would develop an intense disgust and mistrust of my own body. How deeply depressed I would become when subsequent fertility treatments kept failing. How intensely anxious our next pregnancy would make us. And how I couldn’t go anywhere busy, loud, or in any way demanding social interaction without panicking.

But one of the main reasons I’m sitting here writing this blog is Petals. Our bereavement midwife referred us to them immediately after Skye was born and we received a phone call from Karen – Petals’ founder and lead counsellor - within 3 days.

My husband and I went to most of our counselling sessions at Petals together. At first the time was spent mostly going over what happened and wading through the fog of emotions we were suddenly completely lost in. Understanding how differently each of us was feeling. Eventually, we were able to recognise the trauma we’d experienced and the impact that was having on us.

Over time, Karen helped us to process that trauma. Going back over traumatic memories in fine detail is like reliving it all over again. It’s incredibly distressing and painful. But it was necessary for us to be able to become unstuck from those dark places.

Because there is no ‘getting over’ your child’s death: what there is instead is a way of carrying them with you for the rest of your life; of channelling the emotions you feel into your new life in a more manageable way. In my case, that has eventually meant a career change and a complete reprioritisation of how I spend my time. My family is and always will be my absolute priority, and I am totally uncompromising about that now.

There is no ‘getting over’ your child’s death: what there is instead is a way of carrying them with you for the rest of your life

We know that we would not be where we are now without Petals’ help. I honestly don’t know how parents cope without this kind of psychological support. And while I wouldn’t say I’ve worked it all out yet, there is a big difference in my mental health between those early days and weeks, and now. I know that I have more of the tools I need to cope on a day to day basis. Skye is with me constantly, but she inspires me, drives me forward, and makes me appreciate every single second with the people I love. I don’t know how I would be able to do any of that without the support we had from Petals.

Oh and by the way – she had blonde hair, blue eyes, her Dad’s nose, and long legs with my wonky toes. Her beautiful little brother looks a lot like her.

Alyx Elliott worked in the animal charity sector for 13 years and is now Director of Strategy at Petals. You can follow her @alyxpetals