What’s fear got to do with it? 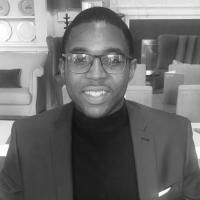 A plea for more love and less fear towards mental health

All feel it. All know it.

Prone to it. Evading? Useless.

A short poem I formed after receiving the invitation to write about the Commission for Equality initiative. I’m honoured. I’m pleased to see action being taken to address issues that seem to be, even in 2020, still awkward to talk about; so in Ramone-like fashion, I've provided your bimonthly allowance of my thoughts in hopes that it will be useful. Let’s begin.

It seems to me that despite all the advancements in technology, we as a species still haven’t figured out how to get along. Perhaps some may consider this naive, but with 7.8 billion people on the planet, who all share the same basic needs such as food, shelter and oxygen, I would have thought by now, we would have joined forces in order to conclude an effective distribution of resources. A functioning Eden that ensures every person has their needs met, every social mountain brought down, every social gorge filled up. Though a fancy way of saying no person should have too much or too little, I feel this concept (in the context of mental wellbeing) is prevalent in the agenda of the Commission, and so I dived into the report. Within the ‘determinants of mental health’ report, I was particularly drawn to the following topics:

My interpretation of these is that it is paramount for every community and initiators of national policy to consider their “neighbour”. Or as popular culture says, “each one (must) teach one” in order to progress.

I would have thought by now, we would have joined forces in order to conclude an effective distribution of resources. A functioning Eden that ensures every person has their needs met, every social mountain brought down, every social gorge filled up.

Before I was invited to write about the Commission, I knew I wanted to write about fear, I just didn’t know how. In researching fear, I came across a talk by Dr Matthew Stevenson who raised a very interesting concept which I hadn’t considered. He spoke on the relationship between fear and dysfunctional relationships and that ‘cycles of broken relationships (not specifically romantic ones) can be linked to unaddressed fears.’

Now I’ll be bold enough to say on record that most, if not all, people are familiar with the concept ‘face your fears,’ and (maybe not as well-known but still popular) the phrase ‘FEAR is an acronym for False Evidence Appearing Real’. These two idioms however gave me no help in digesting the statement above. I was baffled. What does fear have to do with me falling out with someone? ‘They are the ones that were arrogant, selfish, bossy, stuck up, (feel free to insert your own words here). It was painful, but I wasn’t afraid.’ Perhaps you can relate to some of these thoughts.

To clear this up I began looking at definitions. Fear, according to the Cambridge dictionary, is ‘an unpleasant emotion or thought (caused by) something dangerous, painful, or bad that is happening or might happen.’ Out of curiosity I then began looking at the difference between fear and phobia and the article I came across also (to my surprise) spoke on the effects fear can have on our social life.

What I found interesting is that this difference is measured by the relationship between the likelihood of being harmed by the perceived threat and the action taken to avoid said threat: the more irrational the action taken, the more grounds we have to refer to it as a phobia. It was at this point I realised that the video highlighted the tendency we have to defend our fears when they are exposed. I then saw that my initial response, me debating the validity of his statement to myself, was me defending my fears (facepalm). Now embarrassed and outvoted by this video and article, I decided to reconsider my stance.

In order to truly avoid said fears, one would have to avoid commitment. We would have to hide from facing people, problems, activities and circumstances to prevent these fears coming true

I began looking at common fears. I saw things like fear of spiders, snakes, heights, blood, needles, tight spaces. I saw there was such a thing as social phobias, (which I thought was just a ‘me’ thing) and I also saw a post by changingminds which describes the reasons behind fear which made the initial video make more sense. It highlighted a link between fear and anger, and that these emotions are tools in the toolkit to attain/maintain control and safety. An angry person uses the power behind this emotion to take control back, a fearful person freezes to avoid harm.

This may sound obvious and is a reiteration of the long-established concept ‘fight or flight’. In the context of relationships, this may expose a contributing reason as to why we struggle to get along. If fear is a response to a perceived threat, then it would be fair to say that this emotion receives information from the five senses and will magnify anything it recognises as unsafe. There is a fear of things we don’t understand or are not familiar with. There is a fear of pain/harm. There is a fear of failure, of being humiliated. There is a fear of rejection. Fear of missing out. In order to truly avoid said fears, one would have to avoid commitment. We would have to hide from facing people, problems, activities and circumstances to prevent these fears coming true.

Division/separation is a must for fear to thrive. You cannot be close with someone if you are afraid of being hurt or let down. Vulnerability is required for relationships in any capacity to grow, yet to be vulnerable means you have to let go of your need for control. You have to open yourself up to the possibility of being let down in order to build bonds that are not easily broken; you cannot build an extension on a house without first tearing down and this analogy can be applied to our social lives. There is a fear of change, fear of breaking ‘tradition,’ fear of running out of time; these things can cause panic, irrational decisions, and ultimately a distortion in perspective on what is actually beneficial and what isn’t.

Vulnerability is required for relationships in any capacity to grow, yet to be vulnerable means you have to let go of your need for control.

Why am I saying all this? I looked at the definition of love and the dictionary says it is a ‘strong liking for someone or something.’ This just didn’t seem to sit quite right with me. I have heard and even experienced stories and situations where a person who endured a difficult situation says they did so because they ‘loved’ them, it, or something along those lines. Do they have a stronger affinity for the discomfort of hardship than others? I think it’s safe to assume this isn’t the case.

Though there are many variables to every situation, I believe that true love is when a person puts the needs of another before their own. They assess whether the person, activity, circumstance intends to steal, kill, destroy their life and value, or protect, grow, and prosper their life and value. Once that is decided, despite any inconveniences, love will cause a person to endure.

Love opposes fear. Love will bear the shame of being wronged in order to taste the fruit that comes when the situation/person transforms into something right. Love goes the long haul. There is no manipulation in love.

There also isn’t hate in love, even when inconvenienced. The concept ‘easy to love,’ coined and used by so many movies, songs, poets, is nice in its sentiment but what about the person with an anger issue? What about the person with addictions? If love was just about strong affection or feeling good, then these people in need of help and support would be left to fend for themselves and how can the blind teach another how to see?

Thankfully there are initiatives like the Commission that are interested in offering a helping hand and I believe, in addition to therapy and other redemptive means, certain levels of dysfunction can be broken with corresponding levels of love.

We have to be willing to ‘come out of hiding’ and engage with our ‘neighbour’ who has a completely different background to us.

To summarise, in relation to inequalities in mental health, we have to be willing to challenge and discard our fears about what's different to us. We have to be willing to ‘come out of hiding’, so to speak, and engage with our ‘neighbour’ who has a completely different background to us. It takes humility and bravery to be the one to initiate conversation, the first to extend a hand, to briefly abandon self absorbed tendencies and take an interest in someone else in the name of building bridges and not barriers. It is scary admittedly. ‘If I’m used to doing things in a particular way, what do I do when a person completely butchers my ‘normal’? Do I avoid them? Do I mock, reduce and sabotage them? Or do I push through the discomfort and seek understanding of my fellow Earth resident?’

There is power in difference. An egg, a cup of flour, and butter on their own taste rather unpleasant. When put together, the foundation for a sensationally satisfying dessert is formed; likewise, if we can be brave enough to overcome fear, then I + different = revolutionary.

These pieces are part of our writer in residence programme, and are the writer's personal views.

Mental health for all?
Why are we attracted to things that don’t help us?
Behaviour change and its context
Commission for Equality in Mental Health