Mental health for all?

The final report of the Commission for Equality in Mental Health

Inequalities in health, including mental health, have been highlighted in national reports for at least 40 years. But despite multiple policies and programmes to address them, these inequalities persist.

The Commission for Equality in Mental Health was set up to explore what causes mental health inequalities, what perpetuates them, and what might help to break the cycle. Mental health for all?, the final report of the Commission, says that inequalities which have for too long been accepted or ignored can and should be reduced, through concerted action nationally and locally.

This report highlights, however, that effective action is possible. It finds that mental health is made in communities, so action for mental health equality needs to begin in neighbourhoods, localities and community groups. And it needs to include schools, colleges, workplaces and charities. 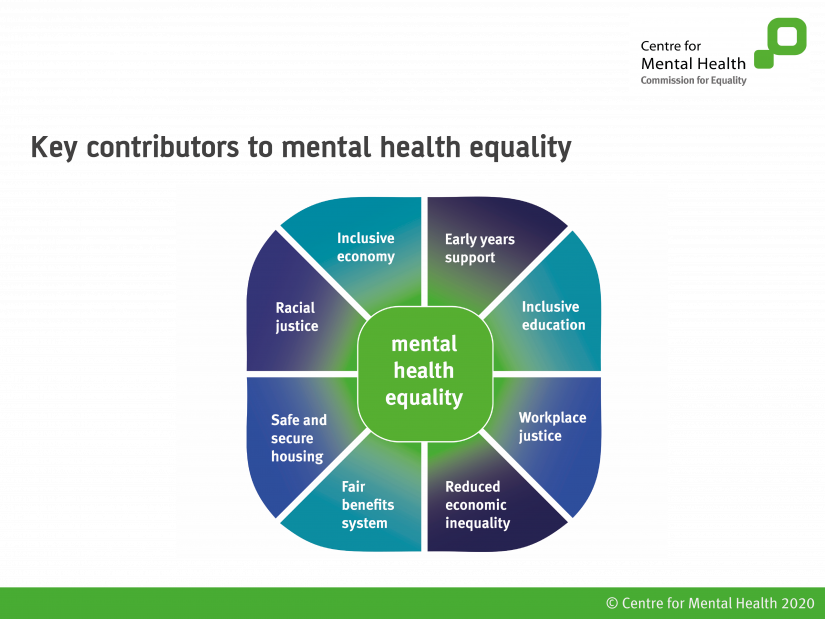 The Commission’s report sets out what a system designed for equality would look like, and how communities, local organisations, public services and national government can work together to generate change at scale. Its ten point plan includes vital system changes that are needed for mental health equality. They include greater support for community organisations and local councils, a national commitment to reduce both income and mental health inequality, racism and discrimination, and sustained effort to reduce inequalities in mental health support. This includes updating and refreshing the public sector equality duty and making systems more accountable for reducing inequalities.

We want to ensure that our call for mental health equality gets heard and that action is taken. So we’re asking you to email your MP to ask them to take action towards the report’s recommendations.