Over a million people in this country live with the consequences of traumatic brain injury, at a cost to the economy of around £15 billion a year.

Traumatic brain injury and offending sheds light on head injury (in which the brain is damaged by impact, such as from a fall, a road accident or violence), and the risks it poses.

The report finds that a head injury doubles a person’s risk of later mental health problems, even if the person had no prior history of mental ill-health.

Around 1.3 million people in the UK are living with head injury-related disabilities, and these injuries cause around 160,000 hospital admissions each year.

Traumatic brain injury also has a marked impact on the economy, at a cost of £15 billion a year. This figure comprises of lost work contributions, premature death and health and social care costs. This £15 billion does not, however, include the human costs of head injury on people’s wellbeing and quality of life, which is clearly the biggest cost. 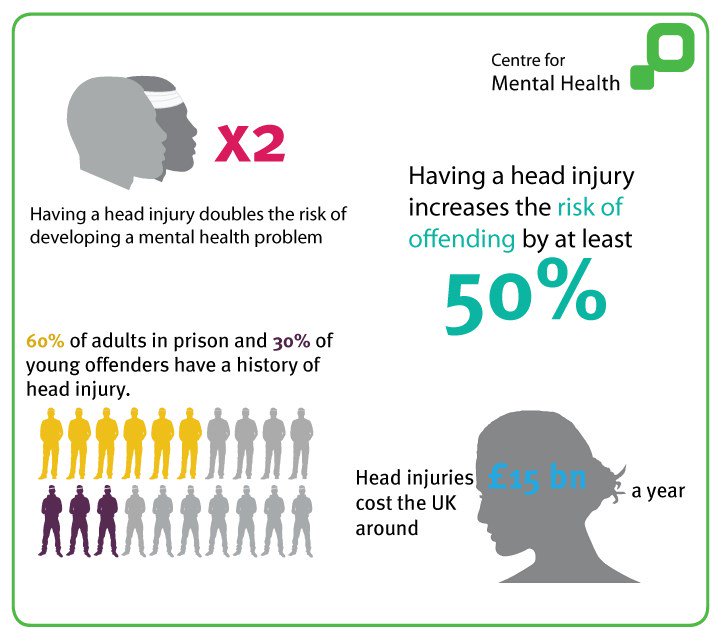 Adolescence is a peak period for both offending and head injury, and thus provides a key opportunity for early intervention, both in offering preventive measures against the occurrence of head injury, and in the early provision of evidence-based treatment for head injury.

Traumatic brain injury and offending is free to download below. Please consider making a donation to enable us to carry out further life-changing research.

Nothing changes without research - donate now

Our research is changing lives, but we urgently need your support to continue. Read more