Now is the time to act: keeping race in mind 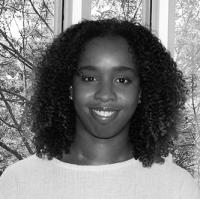 We have all been met with serious challenges over the past months. The last few weeks have been incredibly difficult for many of us, particularly those from Black and minority ethnic (BAME) communities.

The murder of George Floyd by Minneapolis police officers sparked global uproar and a conversation about racism in all its forms. The devastating incident also sparked the biggest civil rights movement in our history with many cities worldwide standing in solidarity with the Black Lives Matter movement. This is because many of the issues surrounding racial discrimination, violence and injustice hit close to home.

It is striking that people are protesting against racism right in the middle of a global pandemic. The groups of people who are disproportionately impacted by the pandemic are the very same people affected by systemic racism - the two are strongly interrelated. In fact, it is being described as a ‘dual crisis’ or ‘dual viruses’ of racism and Covid-19 faced by people of colour and therefore there are calls to see racism as a public health issue.

Last week, Public Health England published the second part of its review into the impact of Covid-19 on BAME communities. The paper acknowledges the impact of racism and longstanding inequalities as a factor determining the outcomes experienced by people from BAME backgrounds.

We are starting to see that the unequal impact of the pandemic goes beyond the risk and outcomes associated with contracting the virus itself and extends to other areas, including mental health and wellbeing. We recently published a report highlighting emerging mental health inequalities as a result of the pandemic. The report found that the virus and lockdown measures are putting greater pressure on groups and communities whose mental health was already poorer, including those from BAME and marginalised communities.

Understanding the impact of racism on mental health

Racism and discrimination can have a profound and lasting impact on mental health. The daily wear and tear experiences of racism have been linked to a range of poor mental health outcomes, including anxiety and depression.

Racial discrimination and violence is also traumatic - which can be the result of direct or indirect, single or cumulative experiences of racism. The impact of this has been likened to post-traumatic stress disorder (PTSD) where an individual continues to relive their ordeal and have ongoing negative thoughts associated with it. The recent tragic deaths in the US and how they have been reported can also consciously and subconsciously contribute to racial trauma.

The mental health system can be challenging for many to access and navigate but black and marginalised communities face additional barriers that are often a result of discrimination. They are far more likely to enter the system involuntarily compared to other groups. For example, we know that black people are four times more likely to be detained under the Mental Health Act and children and young people from BAME backgrounds are twice as likely to access mental health support via court orders (social care or criminal justice related orders).

The excessive use of force and violence against black people is also an issue within acute mental health settings and have been highlighted through the tragic cases of Olaseni Lewis (2010) and Rocky Bennett (1998).

It’s been 18 years since we published our Breaking the Circles of Fear report based upon a review of the relationship between mental health services and African and Caribbean communities. Several themes emerged from the study, including the fear faced by black people in engaging with mental health services, not being supported early enough, inhumane and inappropriate experiences in the system, and not having a say in their care. While some progress has been made to address some of these challenges, it is clear that there is still so much more to be done.

Pandemics are often described as a societal equaliser, but Covid-19 has shown us that the virus has been spreading against the backdrop of deepening inequalities and ongoing discrimination. There is also mounting evidence to suggest that these inequalities are likely to worsen unless concerted action is taken across Government and within our communities.

Earlier this year, the British Medical Journal launched its ground-breaking racism in medicine special issue highlighting the effects of racism across the health care system. We are not without information and insight. Over the last 20 years there have been countless reviews and recommendations aimed at eradicating racism and discrimination within our education, criminal justice, health, and immigration systems.

Now is the time to act on these and work towards embedding anti-racist approaches across all systems and structures, and to strive for true racial equality and representation.