The things we do for love: part 2 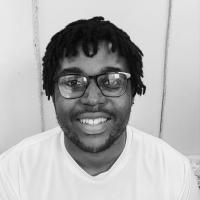 I had this thought whilst going on a walk around my local area, let me paint the scene for you:

Two people, Apple and Mang, plan a leisurely walk together. They are both relaxing in the same room when suddenly, Apple realises Mang left the room before time, without a sound. Their neighbours comment. Orange scoffs and says “Apple didn’t pay enough attention.” BanBan rebutts this, saying, “Mang’s ‘disappearing act’ wasn't on the to do list!” When Apple finally locates Mang, to everyone’s surprise Mang lovingly says: “I have to make things interesting at least a little bit don't I?”

Overlooking the randomness of this short story, I considered how I'd respond if I was Apple. Would I laugh? Would I be scarred? Is a sudden exit with a footprint trail to follow just harmless fun? Is this love? Let’s pause this thought and I'll return to it later.

A few days after completing my last post I felt uncomfortable confessing my own weakness. I was embarrassed to know I felt that way. With fresh eyes I looked at it and thought ‘should I even still release this? It’s just a tantrum, people don't need to see that.’ When I wrote it, it felt so real. I felt justified to think my hope had reason to emulate the sound of a car running on empty. Yet now I’m more hopeful, though nothing physically changed. I’m still not where I want to be, but I’m also not where I used to be, which means things are moving! I said a similar thing in my last post but my teeth aren’t gritted whilst typing this time. What changed?

One takeaway I found was that those ‘low moments’ don’t last. They feel forever and I confess maintaining healthy mental wellbeing has been a main-event wrestling match for years. Admittedly, there have also been glimmers of light and hope along the way. So as an encouragement, may we remember to be confident the next time a ‘dark’ period comes around because the ‘light’ shall return! I love this passage in the Bible, where a king named David testified after being restored by his God:

‘...We may weep through the night, but at daybreak it will turn into shouts of ecstatic joy.’

Kate Garraway, the popular British broadcaster, has been in the press recently for the release of her new book ‘The Power of Hope’ which was produced off the back of her recent difficulty in keeping hope whilst her husband was in hospital with Covid-19. During an interview she said:

Upon hearing this, as well as being relieved for her, I wondered if Kate had remembered the times in her life where she overcame difficulties that had seemed at one point “impossible'' and used that as a basis for her hope. Sometimes, when in pain we can lose all perspective. Though everyone varies in their pain threshold (thank you mothers!), when a person is hurt, sometimes all they can see is the pain; they frantically search their internal or even external environment for a way out. Personally I find myself looking for some sort of light at the end of the tunnel to keep focused on.

Love, hope, light, faith. What do all these words have in common? At the beginning of the piece I gave a short story which was ultimately questioning what love looks like in uncertainty. I then went onto highlight what hope (or expectation in the midst of contrary evidence) looks like. When I put it together it seems that love is the fuel to power the car called hope, on the road called faith (or confidence), in the middle of the unpredictable British weather (life).

Going back to my earlier story, Apple and Mang had built such a relationship that during moments of uncertainty, Apple was able to trust Mang despite not knowing what happened; in other words, temporary absence with a trustworthy person made a stronger relationship. Uncertainty wasn’t able to restrict their relationship, it remained unhindered. My personal walk with mental wellbeing has been tumultuous as I’ve said, and the moments of relief I’ve experienced share the same themes of love, hope, light, faith. Looking back on it, I can say in the temporary absence of my peace, our ‘relationship’ grew stronger because I learnt more ways to cherish and guard it each time.

In conclusion, on this road of life we are all going to go through moments of uncertainty, ‘dark periods,’ and also ‘mountain top’ moments. Just like at night when we turn on the lights, but in the day the sun replaces the need for our ‘lesser’ lights, may we be people who love ourselves and one another through the dark moments; helping to carry each other’s burdens and lovingly correcting oversights until we all arrive at the place where the lesser lights are overpowered by the brightness of real freedom.

These pieces are part of our writer in residence programme, and are the writer's personal views.

The things we do for love: part 1
‘This is the ground floor, right?’
What’s fear got to do with it?
Why are we attracted to things that don’t help us?
Behaviour change and its context