On average, children and young people with mental health difficulties go ten years between first becoming unwell and getting any help.

Missed Opportunities finds that mental health problems are common among young people (affecting one in ten, or an average three in every classroom), but that awareness is poor and most attempts by parents to get help are unsuccessful.

Providing a comprehensive overview of mental health from ages 0-25, the report highlights that young people with mental health difficulties can face at least a decade between first becoming unwell and seeking or getting help. This decade of delay can see problems multiply, eventually escalating into a crisis. Moreover, whilst three-quarters of parents whose children are experiencing mental ill-health seek help, only one-quarter of children receive help that is likely to be effective.

Lorraine Khan, author of the report, explains the findings in a number of YouTube clips which you can watch below:

You can also watch clips of: 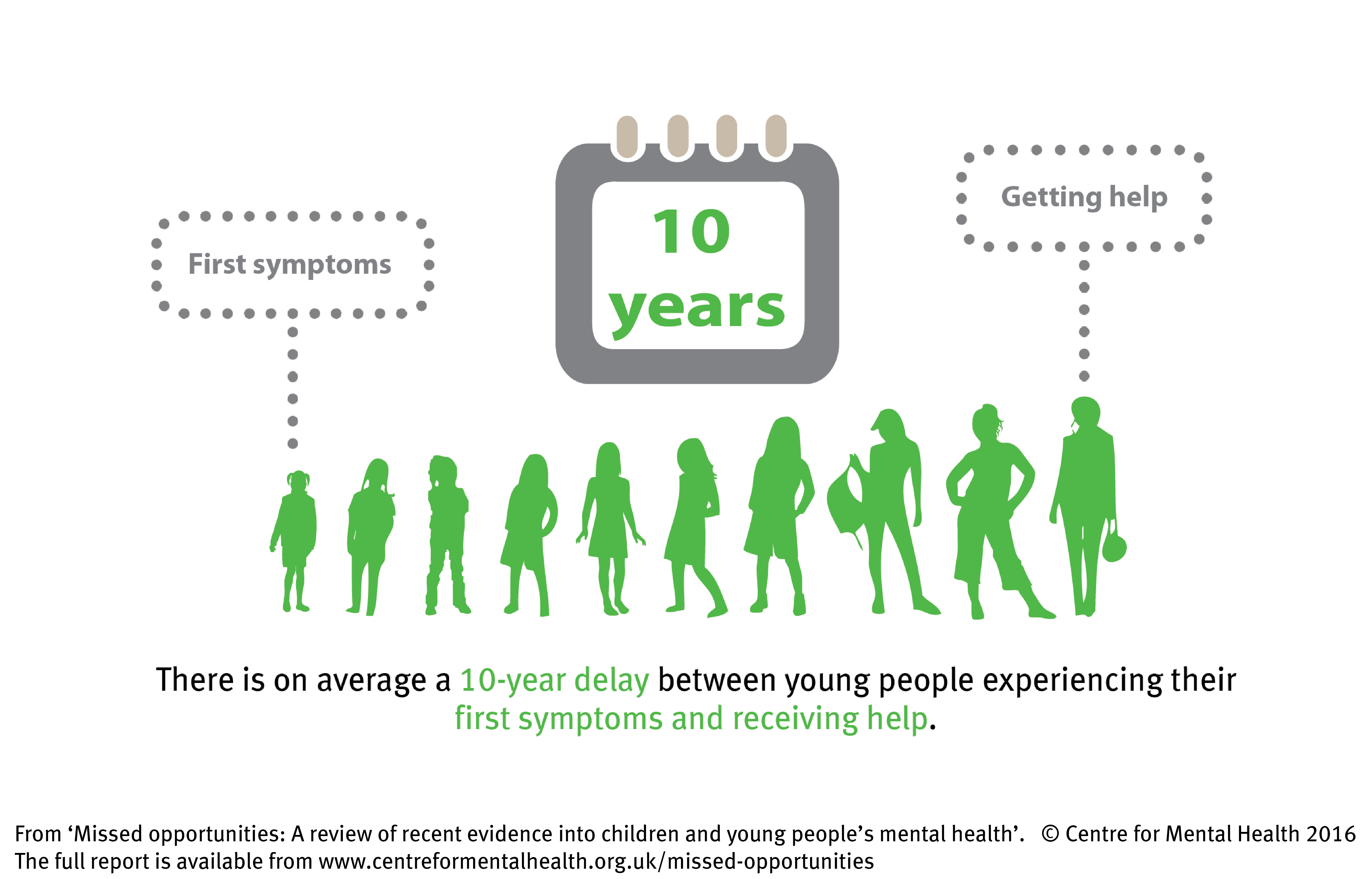