Prisons in England and Wales have seen an unprecedented number of deaths through suicide in recent years.

We’ve been working to prevent this tragic loss of life in future by exploring how police, the judiciary, prisons and health services can collaborate to save lives.

In a series of four briefings, we spoke to current and former prisoners, staff and prison mental health service providers, to identify the factors behind these worrying figures and possible solutions. 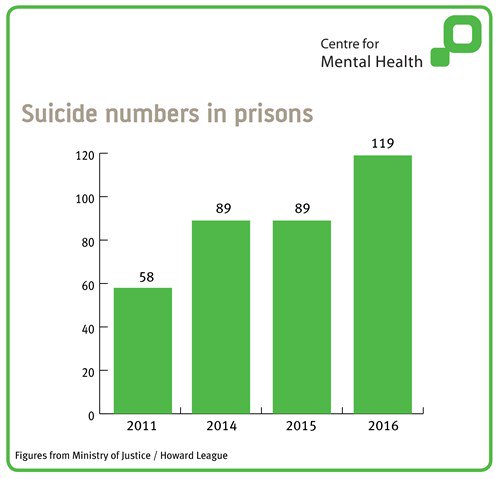 Prisoners described numerous historic and current risks, including mental health problems, trauma and abuse, growing up in care and drug use, as well as concerns about their children’s wellbeing.

You had this conversation with your kids earlier on and you are not in a position to do anything…as a mother it is a natural instinct to be there for their child... In prison that is taken away and you rely on authorities to do what you were doing…you are trying to juggle this from a distance over the phone, by letters, by visits… You think, ‘What the hell, I can’t do anything for my kids, I can’t help them... What is the point?’ If you’ve had one of those days, and you’re behind the door, all those things rushing all at once…

There’s very little mental prep for going back to the outside world. That needs to be addressed because it can be very scary.

Loss of liberty, feeling unsafe, isolation, and high-risk periods around arrival and release, were all highlighted as factors which exacerbated prisoners’ vulnerability.

Staff shortages appear to be increasing the risk of suicide in prisons. In 2016 the Prison Reform Trust revealed that "the number of frontline operational staff employed in the public prison estate has fallen by over a quarter (26%) in the last six years". As a result of staffing shortages, prisoners are spending more time in ‘lock down’ in their cells and missing health care appointments because of a lack of people to escort them.

Staff shortages have also led to more subtle but significant changes, such as reducing the capacity of a staff member to interact and build relationships with prisoners. They were therefore less likely to pick up on subtle changes in a prisoner’s mood. 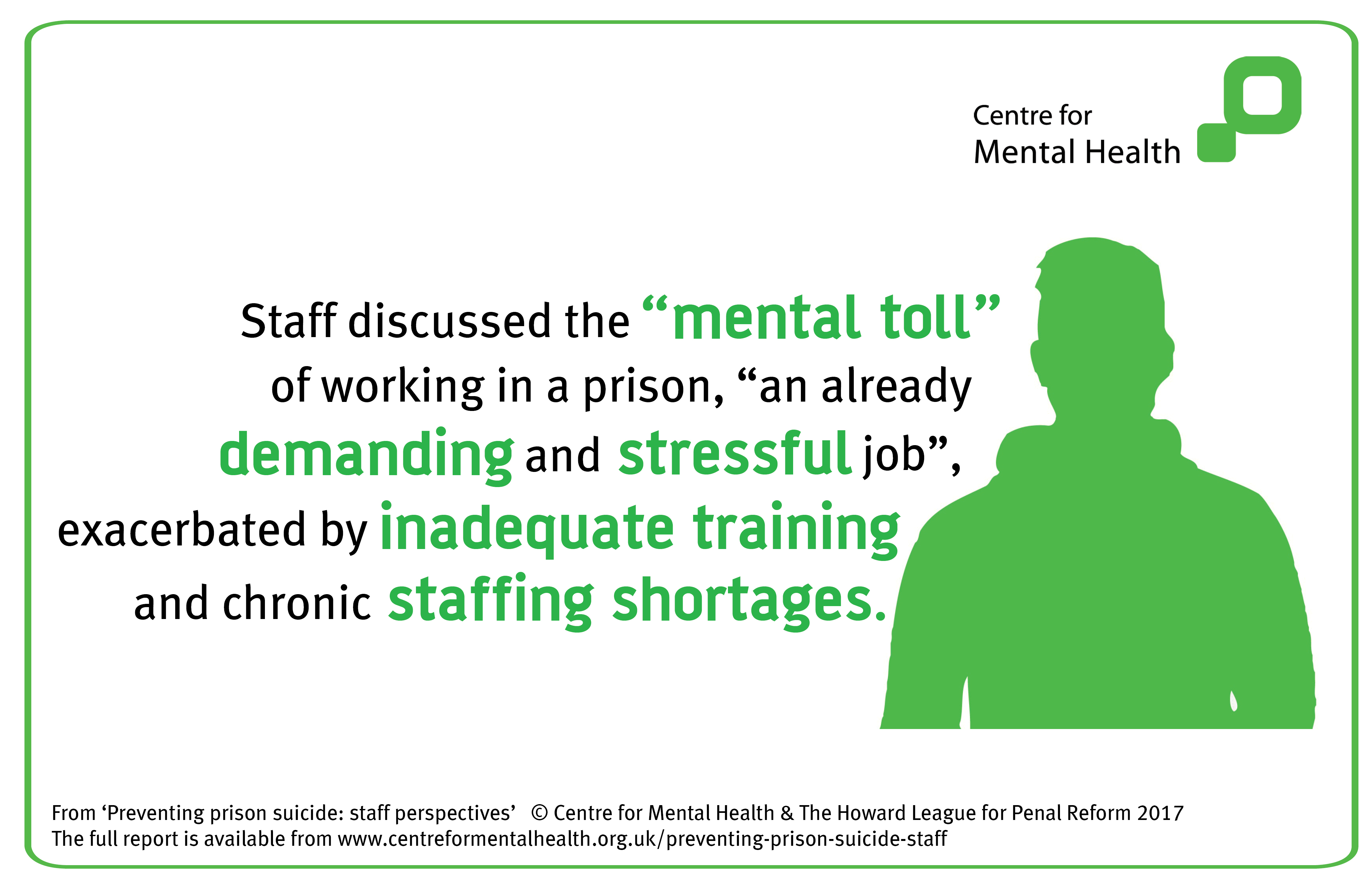 The prisoners we spoke to described a culture where distress was not believed or responded to with compassion. Self-harm and suicide attempts have sometimes been viewed as manipulative, rather than the communication of distress. Research indicates that this approach from staff can significantly impact the way in which risk is managed.

Staff confirmed this, with some describing “underlying prison cultures” where “prisoners were seen as the scum of the Earth”. Several participants discussed how mental health care teams became enmeshed in the prison culture:

The impact of working in demanding circumstances – with limited training, a depleted workforce and a vulnerable population, who may be presenting disturbing behaviour such as violent self-harming, was described as having a “profound and toxic effect on staff”. officers were described as having no “safe space” to “be honest about the impact of their work”.

How can prison suicides be prevented?

The Centre is calling for a profound culture shift in prisons from a primarily punitive approach, to one centred around recovery, wellbeing and rehabilitation. Ultimately, we will only see a reduction in prison suicide rates when the potentially traumatising and retraumatising impact of prison is recognised and addressed.

Read briefings on preventing prison suicide produced with the Howard League; one on prisoners' perspectives and one on staff perspectives.