Lady Elizabeth Vallance: A tribute from Centre for Mental Health 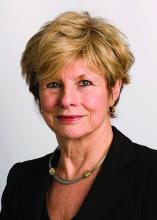 Everyone at Centre for Mental Health is deeply saddened at the death of our Vice President and previous Chair of Trustees, Lady Elizabeth Vallance.

Elizabeth steered the Centre through its transformation from being wholly funded by the Gatsby Charitable Foundation to raising every penny for its vital work independently over the next eight years. She retired as Chair of Trustees in 2018 and was succeeded in the role by Professor Dame Sue Bailey.

As the Chair of Centre for Mental Health, Elizabeth Vallance led the organisation into new territory. Working with chief executives Bob Grove, Sean Duggan and Sarah Hughes, Elizabeth enabled the charity to survive and thrive in a new world. She valued and protected the Centre’s independence, rigour and vision for a better world. She steadfastly supported the staff team to transform the charity while remaining true to its founding values. And at all times she showed her absolute commitment to the Centre’s aims and purpose.

All of us at Centre for Mental Health send our heartfelt condolences to Elizabeth’s family.

Elizabeth is and always will be part of the DNA of the Centre for Mental Health. I will sorely miss a friend, colleague and mentor and above all a champion for mental health, who taught me so much.

Sue Bailey said: “Elizabeth was a truly exceptional woman, strong of spirit, the epitome of emotional intelligence and intelligent kindness. It was a privilege to take on the role of Chair at the Centre and true to her generosity of spirit, Elizabeth supported me with ongoing words of wisdom and encouragement.

“My fondest memories are of Elizabeth, elegant and determined, lighting up any room she entered; her sole purpose to persuade those present the only thing that mattered was them playing their full part in improving the mental health of the young, the old, the vulnerable. Her expectation was that every person in that room would pledge their support through action.

“Elizabeth is and always will be part of the DNA of the Centre for Mental Health. I will sorely miss a friend, colleague and mentor and above all a champion for mental health, who taught me so much.”

We will build on Elizabeth’s extraordinary legacy to make sure we continue to bring about change that makes a difference.

The Centre’s chief executive, Sarah Hughes, spoke today of the exceptional contribution Elizabeth Vallance made, not just to our charity but to the cause of mental health equality in the UK: “Elizabeth’s leadership was essential to the Centre’s successes. She consistently supported the Centre’s staff and trustees, advocated passionately for the Centre’s cause and steered the Centre steadily and resolutely through its transformation. We all owe a great debt to Elizabeth for her generosity in giving her time, her commitment and her skills to leading the Centre throughout that time.

“Our work is not done. We will build on Elizabeth’s extraordinary legacy to make sure we continue to bring about change that makes a difference. Ultimately our work is about changing people’s lives and changing society. Elizabeth’s leadership enabled us to do that throughout the last decade, and we are determined to build on her belief and commitment to get closer to equality for mental health in the years to come.” 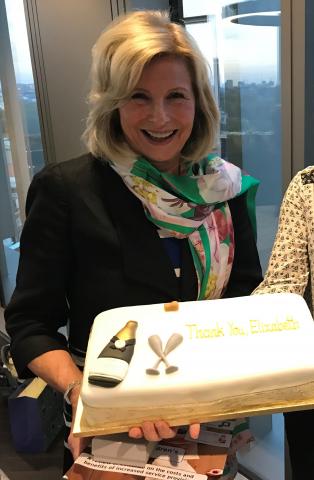 The Centre and the other major charities in the sector did not just seize a proffered opportunity; we created it.

Speaking at the time of her retirement as Chair of the Centre in 2018, Elizabeth Vallance reflected on the role of the charity and the values she brought to leading it through the most challenging time in its history:

“It is a truism to say that mental health has moved centre stage in the past few years. It has become an important part of the Zeitgeist and people often assume that such defining concepts arrive spontaneously and fully formed to influence the understanding of a generation. To this way of thinking, Centre for Mental Health is seen as the fortunate beneficiary of this new view of the world and the enhanced place of mental health within it. But I have seen the process of development here. The Centre and the other major charities in the sector did not just seize a proffered opportunity; we created it.

“Founded to establish the evidence base for policy and practice, we have always been a ‘think and do tank’, not only theoretically fastidious but often going on to campaign for our findings. And, in doing so, we have kept the faith – our independence and our intellectual integrity – yet never withdrawing into an ivory tower but always being prepared to spell out the policy implications of our results and to speak truth to power. This has not been costless: we have often had to fight our corner against those for whom our recommendations were inconvenient or embarrassing. It has also meant that we have not always taken up every project we have been offered but only those we knew we could do effectively and where we could add value.”

Always so positive, invariably on top of her brief, genuinely warm and supportive, Liz was as interested in and as concerned for her board colleagues as she was in the organisation and its challenges.

Sean Duggan, chief executive of the Centre from 2010 to 2017 and now chief executive of the NHS Confederation’s Mental Health Network, said: “I had the pleasure of working with Elizabeth for seven years and I’m so proud to have spent those years developing mental health services using the excellent and unique methods of Centre for Mental Health. When Elizabeth arrived, we were still the Sainsbury Centre for Mental Health, and what we needed was a strong, visionary, highly intelligent and motivated Chair. Elizabeth was an excellent leader and role model, leading the organisation from a guaranteed annual grant to a new business model that included multiple income streams.”

Sir Andrew Dillon, a trustee of Centre for Mental Health since 2011, said: “I first met Liz in the 1990s, when she was chair of St Georges NHS Trust, and I was its chief executive. She was just as much a pleasure to work with then as she has been since. I was appointed as Trustee here, in 2011. Always so positive, invariably on top of her brief, genuinely warm and supportive, Liz was as interested in and as concerned for her board colleagues as she was in the organisation and its challenges.”

The Centre celebrates the work of our Chair, Lady Elizabeth Vallance