Should people with mental illness really pay for their prescriptions? 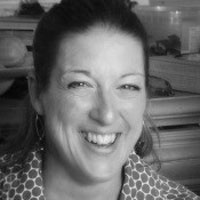 And if the Government is serious about achieving equality for mental health, now is the time to act to put this anomaly right. Let’s take three different people and look at how they suffer through having to pay prescription charges. They are all based on real stories but I have not used their real names.

Ann is experiencing a relapse of psychosis. She doesn’t dare leave the house as she believes that she will be kidnapped. She is hearing voices and believes that they are her neighbours who are part of the conspiracy. She is thinking about suicide. Part of her can see that this may not be the case but she is finding it hard to fight to thoughts. The Crisis Resolution and Home Treatment team visit her at 8pm. They decide that she would benefit from a sedative in the short term and an antipsychotic. She agrees that some medication to help her feel calmer would be a big improvement to her situation and that she has recovered well with antipsychotics in the past. The late night community pharmacy is open until 10pm, so a prescription is written. But Ann was working until she went off sick three weeks ago. She isn’t able to fund the cost of two items. The prescription is only for a week’s supply as she has suicidal thoughts. There is a risk that she will end up in hospital – at a high cost to her and the NHS alike – if her mental state deteriorates further over the next few days.

If the Government is serious about achieving equality for mental health, now is the time to act to put this anomaly right

George has schizophrenia. At the moment, his illness is not affecting his ability to go to work. He is trying to find a bit of paid work after six months of working for a charity, which he has enjoyed immensely but he wants more of a challenge. He got a £100 fine today because he had been claiming for free prescriptions. He receives benefits but not all benefits entitle claimants to free prescriptions. The community psychiatric nurse was not aware of this and neither is George until the fine comes through. Now George faces paying the prescription charges and also a fine. He isn’t earning enough to manage this. If George stops his medication, his symptoms will return sooner or later at which point he will not be able to work at all. Or perhaps he stops paying rent and gets into more debt. Or he could stop eating properly and become physically ill. There are no easy choices. Indeed, last year the BBC reported that the number of prescription fines being issued had doubled in a year.

Jules works in a low paid job. She has two children and is a single mum. She has had depression a couple of times in the past and has decided to remain on her antidepressants long term as they control her illness well enough. This month, she cannot afford the prescription charge until she gets paid, so she has to leave getting the prescription for two weeks and runs out of tablets. She suffers from discontinuation symptoms – side effects of not taking her antidepressants – and has to take sick leave from work. Despite many examples of situations like the ones above, in March 2018, Health Minister Steve Brine said that the Government ‘have no current plans to amend the list of long term and orphan diseases which qualify for free prescriptions’.

George isn’t earning enough to manage this. If George stops his medication, his symptoms will return sooner or later at which point he will not be able to work at all.

There is an allowance for free treatment (including prescriptions) for patients under Section 117 aftercare in England but this is not recognised by the current prescription exemption systems. This means that patients are denied access to the free treatment they are entitled to. Some (but not all) mental health trusts end up trying to resolve this with elaborate, expensive and unreliable workarounds.

Today we are calling on the Government to think again and to ensure people with a mental illness get treated fairly with prescription costs. We want to work with organisations across the sector to make a clear statement that the current situation is unfair, costly and cannot continue. Be part of making the change! The College of Mental Health Pharmacy will be.

Juliet Shepherd is President of the College of Mental Health Pharmacy and a specialist mental health pharmacist working in the NHS in Herefordshire, England.