Not ‘just getting older’: mental health in later life 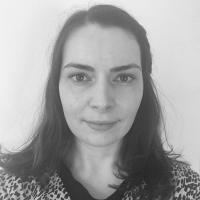 Public awareness is constantly growing and feeding into a ground-breaking change in how we talk about and support good mental health. However, when it comes to older people’s mental health, this is not always the case.

What about older people’s mental health?

As we grow older, we can experience a range of mental health issues, from low-level anxiety to more severe conditions like schizophrenia. Depression is the most common issue, affecting 22% of men and 28% of women aged 65+. The risk increases the older you get, with even higher rates among people aged 85+. Depression is also estimated to affect 40% of older people living in care homes.

The things that affect older people’s mental health are not unlike the ones affecting people of all ages – bereavement, loneliness and social isolation, being a carer or having a health condition. Older people may experience a combination of these, or they could happen in succession in a short space of time, potentially making them even more vulnerable to poor mental health.

Everyone should be supported to get the help they need, regardless of whether they have lived with a mental health condition for large parts of their life or developed one later on.

However, awareness and access to support is often low among people aged 65+. This can be for a number of reasons:

Some health professionals can make assumptions about poor mental health being ‘just part of getting older’ as well. Independent Age’s own polling of the general public found that 44% of respondents of all ages think older adults are less likely to recover from a mental health condition compared to younger people. Alarmingly, nearly half of older people themselves believed this too. In fact the opposite is true – older people are more likely to recover, if they get support.

Older people are missing out on help. As many as 85% of older people with depression receive no help from the NHS. This is despite evidence that older people generally report a preference for talking therapies over medication. When they are referred to therapy, older people have the best recovery rates of all age groups.

‘I felt awful but I didn’t want to burden my friends or family with it, so I contacted the number my GP gave me and arranged an appointment with a therapist. I learnt lots of ways to deal with how I was feeling and what was happening to me. I could just say exactly what I felt without worrying, whereas you tend to put on a show for other people.’

What lies behind this inequality? The barriers are complex, but include stigma, ageism, NHS pressures, and a lack of appropriate skills or training for health and care professionals to deal with mental health issues for people in later life.

Independent Age believes that raising awareness of these issues is the first step to tackling them. As such, we were delighted to submit evidence to the Commission for Equality on Mental Health last year. We hope that the excellent work carried out by the Commission and the Centre for Mental Health will help raise the profile of older people’s mental health in public and political debate.

At the beginning of a new decade, it’s a good time to reflect on the past and look ahead to the future. At Independent Age, we are exploring how we can ensure everyone has access to the mental health support and treatment they need as they age.

To make this a reality, it is essential that older people feature more prominently in the national conversation on mental health. As a society, we need to realise that poor mental health in later life is not inevitable. And support and effective treatment should be visible and accessible to older people.

By 2030, more than one in five people will be aged 65+. With this in mind, our country must get mental health support right. There are huge opportunities in the NHS Long Term Plan and at Independent Age we want to eradicate the inequality in older people’s mental health, and ensure every older person has access to quality and choice in their treatment. We will work to influence the government and ensure older people’s mental health support is made a priority.