Good partners: why we need assertive outreach now more than ever 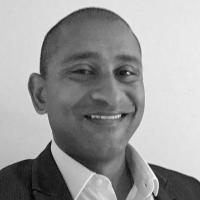 As a newly appointed junior psychiatrist I renounced my trusty white coat and arrived for my first day at work at the Roundhay Wing at “Jimmy’s” hospital in Leeds. It was 1996.

In contrast to its gothic asylum sister, this shoddy ‘brick mother’ was singularly unimpressive, dwarfed as it was by the towering centres of excellence of the general hospital. But its innocuous office block exterior belied the frenetic environment within. I was wholly unprepared for its everyday violence, dingy dormitories, predatory mixed-sex wards and impenetrable smoking rooms.

It was here that I first met Jameel*. He hated psychiatric services. His repeated detentions were traumatic. CS-sprayed or tasered, he’d arrive in cuffs and bruises. It was never very long before he was transferred to the psychiatric intensive care unit. Without fail on discharge he’d stop seeing the Community Mental Health Team who he said offered nothing but despised depot medication and sermons about his cannabis use.

On nights Jameel spoke with me. Maybe as a lowly junior doctor I posed less of a threat. He remembered me in years to come when I assessed him as a registrar in the police station and later still as his consultant from the Assertive Outreach Team, years after the Roundhay Wing had been levelled into a car park.

Jameel is just one of many Leeds patients I met early in my career for whom I ultimately became consultant. Contrary to the way services have developed over the last decade, it would seem that serious mental illness can indeed last a very long time! And, as any patient will tell you, continuity of care does matter.

as any patient will tell you, continuity of care does matter

Jameel piqued my curiosity for psychosis and my passion became the challenge of forging therapeutic relationships with those whose need is great but whose requests for help are rare; a group who experience stigma both from society and within mental health services and whose pervasive experience is one of fear, conflict and oppression.

Their complex needs are poorly served by a short-term, crisis-driven culture in which fragmentation of care has become the norm. And even when longer-term need is acknowledged, the mainstream offer from services is increasingly (and quite rightly) defined by strength-based coproduction. This resilient group has many hidden strengths, but they have little skin in that game.

Jameel and the Assertive Outreach Team have been good partners. His admissions have been few and far between and the relationship has endured these relapses. The flexible and holistic approach offers him practical support from people he trusts at a level that simply couldn’t be offered even by a well-resourced and caring community mental health team (CMHT). Sadly, attempts at transfer to his local CMHT have led to relapse. The two-way street of engagement has allowed us to help him navigate the labyrinths of benefits and housing and to monitor and improve his physical health. He has worked on harm reduction around his substance use and he has rekindled relationships with his family.

For us, Jameel is no exception. Our data over a decade shows our Assertive Outreach Team in Leeds massively reduces the time spent in hospital. However, catastrophically for many patients over this last decade, most Trusts have disbanded their Assertive Outreach Teams. My hope is that the new Community Mental Health Framework with its purported focus on severe mental illness and complex needs will herald the reincarnation of these services for those communities that desperately need them.

*Jameel is a pseudonym for an amalgam of people Nuwan sees

A new framework for community mental health services
A lifeline in the community: the vital role of assertive outreach and rehabilitation
Patients in long-stay hospitals being neglected in policy and practice, says Centre for Mental Health