Children’s mental health services: the data behind the headlines 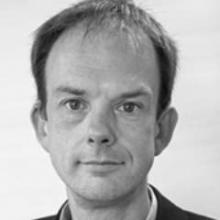 For six years the NHS Benchmarking Network has been collecting data on Child and Adolescent Mental Health Services (CAMHS) to build a ‘state of the nation’ picture across the UK about community and inpatient services for children and young people. This year’s data provides an important snapshot of the position of CAMHS today, and a picture of how they are changing as demand for their services has been growing.

The data shows that CAMHS provide a wide variety of services, with very different offers from one area to another. Unsurprisingly, this year’s report shows a record number of referrals into CAMHS, at more than 3,000 per 100,000 children nationwide, but with wide variations in localities rising to some 7% of children in some areas. This represents a 15% increase in just one year in referrals to CAMHS (the highest rate of increase of any speciality in the NHS this year). The proportion of referrals accepted by CAMHS varies widely between trusts, at an average of 77% nationally (a figure that has not changed markedly in recent years despite the increase in referrals), of whom 69% were seen more than once after they were accepted. This equates nationally to 1,760 children per 100,000 currently on the caseload of CAMHS, but once again with wide variations between regions and localities in the proportions of those referred who then received treatment.

This year’s report shows a record number of referrals into CAMHS, at more than 3,000 per 100,000 children nationwide... This represents a 15% increase in just one year in referrals to CAMHS

Looking at waiting times, the report finds that an urgent assessment is seen within nine days on average, but again with wide variations between a majority of trusts that see people within four days and a smaller number that have much longer waits for urgent care. For routine cases, the average wait is nine weeks for a first appointment and a total of 13 weeks to start treatment (recorded as having a second appointment). It also, however, finds that waiting times for autistic spectrum disorder services are significantly longer, at an average of 22 weeks. In total, 40% of children waited less than four weeks for treatment from CAMHS while 22% waited more than 18 weeks. Once again, we see wide variations which suggest that in a lot of cases young people are seen quickly but that a significant minority are having to wait much longer.

The CAMHS workforce has grown by more than 50% in the last five years (including 8% in the last year) and in community services the report finds that it comprises a rich, multidisciplinary mix of staff with a larger than average proportion in senior grades. The number of contacts with CAMHS is also growing steadily (by 6% this year), reflecting both a growth in the workforce and the higher caseload.

For routine cases, the average wait is nine weeks for a first appointment and a total of 13 weeks to start treatment

Funding for CAMHS is also increasing, at £4.8 million per 100,000 child population compared with £3.4 million six years ago. The number of inpatient beds nationwide is 1,600 with occupancy levels of around 70%, which is a lot lower than other mental health inpatient services. There was a total of 3,000 admissions a year last year, costing a total of £300 million nationally (equating to about £100,000 a year per admission). By contrast, the cost of CAMHS community support per child is £3,000 per year.

Average lengths of stay, meanwhile, are now 61 days for most CAMHS beds – higher than the equivalent for adults but a reduction on previous years. Unlike community CAMHS, the workforce in inpatient services is far less mixed, with smaller numbers on higher grades and fewer staff offering specialist therapies. And the frequency of the use of restraint in inpatient services is ten times higher than in adult mental health wards: a worrying intensity that is also reflected in higher (and growing) reports of violence.

The data presented by the Network is a reminder that, among the bleak and worrying headlines about CAMHS, we are seeing a rise in investment, a growth in the workforce (in aggregate) and more children getting help for their mental health. There are of course limits to what the report is able to tell us. It cannot tell us how levels of provision compare with levels of need, or what happens to the children who are referred and don’t receive treatment. It cannot tell us about the outcomes CAMHS bring about, nor how they are experienced by children and families or how they relate to wider systems of support in communities and schools. These are all important questions that need to be answered through routine data and transparent reporting.

But the Benchmarking Network’s report is an essential part of the picture that helps us to understand how the NHS is responding to the imperative it faces to extend and improve its offer to children and young people needing support for their mental health. And it is a reminder that we still have a lot to do in the NHS long-term plan to ensure that every child and young person who needs help with their mental health is offered the right support when they need it.