Are we over-medicalising poverty-related distress? 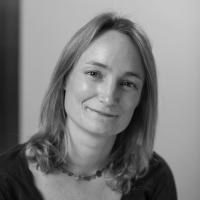 Recent decades have witnessed a sharp upsurge in antidepressant prescribing. In England, the number of antidepressant items prescribed more than doubled from 33.7 million in 2006 to 70.9 million in 2018 – with particularly high levels of prescribing and use of psychoactive drugs clearly apparent in economically disadvantaged communities. One reading of this trend is that government-provided mental health services have succeeded in ensuring that widely recommended treatments are available to all who need them. However, as findings from the recently published DeStress project report show, scratch beneath the surface of these figures and you’ll find a more complex and concerning story that sees everyday stresses caused by poverty being increasingly pathologised and medicalised.

Why does this matter? There is an abundance of literature to show that poverty and mental health are closely linked and that living in poverty can trigger biological stress responses. We know that socio-economic status significantly affects someone’s likelihood of experiencing a mental health problem. However, framing any and all poverty-related distress as a mental health ‘condition’ has some disturbing repercussions. First, it implies that distress caused by the everyday challenges of social and economic disadvantage can be ‘corrected’ through medical or therapeutic intervention; secondly, it masks the factors that often underlie the root causes of suffering e.g. poor living conditions, unemployment, social isolation; and thirdly (and particularly pertinent in times of austerity and welfare reform), it reiterates stereotypical assumptions and negative rhetoric around the behaviour of people living in poverty, whilst absolving those with power from taking responsibility for the injustices caused by ongoing economic, social and health inequalities.

We know that socio-economic status significantly affects someone’s likelihood of experiencing a mental health problem. However, framing any and all poverty-related distress as a mental health ‘condition’ has disturbing repercussions

So why are people seeking medical support for poverty-related distress? Undoubtedly, living in poverty and all that this entails can exacerbate stress responses that may make medical support appropriate for some people. However, it’s also worth noting that in times of austerity, when local community support structures are being closed down, the GP surgery remains one of the few places left for people to go to receive help – and by their very nature as clinical settings, the chances of distress being medicalised are clearly heightened. At the same time, the very fact that qualifying for key forms of welfare in the UK requires people to evidence some form of ‘legitimate’ diagnosis means that it is increasingly necessary for people in poverty to interpret their distress as a medical condition. Add to this the limited options available to under-resourced and time-constrained GPs wanting to help their patients, and the tendency for them to prescribe antidepressants to help ‘numb’ the realities of poverty, and you start to see why their use is so highly concentrated in these areas.

So are these medications useful and appropriate in the circumstances? Some people in our study felt antidepressants had helped to get them through the day and take positive steps forward. Yet many more people spoke of their surprise at how quickly they were prescribed antidepressants; the adverse side effects they had experienced; and of feeling ‘fobbed off’ and ‘dismissed’ when they were left on antidepressants for years with what they felt was little opportunity for review. Many of those we spoke to had been advised to refer to talking therapies – yet many did not feel able to self-refer, leaving them feeling rejected by the system or forced to turn again to their GP. Those who did access talking therapies through the Improving Access to Psychological Therapies programme overwhelmingly felt that they had not benefited from the limited sessions and the ‘one size fits all’ approach on offer – not ultimately surprising when the main causes of their distress remained unaddressed.

In times of austerity, when local community support structures are being closed down, the GP surgery remains one of the few places left for people to go to receive help – and by their very nature as clinical settings, the chances of distress being medicalised are clearly heightened

Whilst the delivery of wide-scale mental health treatment must be applauded in circumstances where it genuinely and effectively responds to need, its entanglement with wider political agendas around welfare and responsibility has resulted in the pathologisation and medicalisation of what are inherently social and structural issues. Current strategies to reduce welfare support and to blame and shame those in poverty deflect attention from the responsibilities of those with the power and remit to effect positive change. Such a situation is clearly inequitable and is in fact damaging people’s mental health and wellbeing.