Anxiety, loneliness and Fear of Missing Out: The impact of social media on young people’s mental health 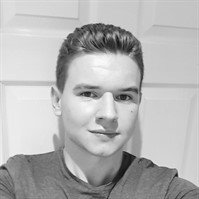 The rapid growth of social media over the last decade has established an entirely new medium for human interaction. Online platforms such as Facebook, Twitter and Instagram have allowed people in every corner of the world to be connected 24/7. By 2021, it is forecast that there will be around 3 billion active monthly users of social media. From the statistics alone, it’s clear that social media has become an integral (and to a large extent, unavoidable) part of our lives.

One implication of social media’s rapid rise, that of its relationship with young people’s mental health, has gathered a significant amount of attention in recent years. Research has created a wide evidence-base supporting an association between social media use and mental health, and although still emerging, new evidence has painted a broad picture of the main impacts. The popularity of social media as a medium of communication for young people needs to be carefully examined, as it may indeed come to play a more detrimental role than we might have thought.

From the statistics alone, it’s clear that social media has become an integral (and to a large extent, unavoidable) part of our lives

So-called ‘social media addiction’ has been referred to by a wide variety of studies and experiments. It is thought that addiction to social media affects around 5% of young people, and was recently described as potentially more addictive than alcohol and cigarettes. Its ‘addictive’ nature owes to the degree of compulsivity with which it is used. The ‘urge’ to check one’s social media may be linked to both instant gratification (the need to experience fast, short term pleasure) and dopamine production (the chemical in the brain associated with reward and pleasure). The desire for a ‘hit’ of dopamine, coupled with a failure to gain instant gratification, may prompt users to perpetually refresh their social media feeds.

What is dangerous about this compulsive use is that, if gratification is not experienced, users may internalise beliefs that this is due to being ‘unpopular’, ‘unfunny’ etc. A lack of ‘likes’ on a status update may cause negative self-reflection, prompting continual ‘refreshing’ of the page in the hope of seeing that another person has ‘enjoyed’ the post, thus helping to achieve personal validation. Although these perceptions may not actually reflect one’s image in the eyes of others, the absence of gratification may amplify feelings of anxiety and loneliness. A recent study conducted by the OECD, for instance, found that those who used social media more intensively on average had lower life satisfaction.

The desire for a ‘hit’ of dopamine, coupled with a failure to gain instant gratification, may prompt users to perpetually refresh their social media feeds.

Associated with this desire for instant gratification is the negative impact that these platforms can have on sleep and sleep quality. Data from qualitative studies has shown that using social media compulsively can damage sleeping patterns, having an adverse effect on young people’s performance in school. The University of Glasgow found that young people found it difficult to relax following night time social media use, reducing their brain’s ability to prepare for sleep. Sleep loss works in a vicious cycle of reinforcement with mental health; that is, that loss of sleep due to night time social media use can lead to poorer mental health, and poor mental health can lead to intense night time use and sleep loss.

Social media can also heighten anxiety by increasing users’ ability to keep up to date with the activities of their social circles. The popular concept of Fear of Missing Out (FOMO) refers to ‘a pervasive apprehension that others might be having rewarding experiences from which one is absent’ and is ‘characterised by the desire to stay continually connected with what others are doing’. FOMO has been linked to intensive social media use and is associated with lower mood and life satisfaction. We have become more aware of what we are missing out on, for example, seeing photos of friends having a good time together in one’s absence. ‘Always on’ communication technology can cause feelings of anxiety, loneliness and inadequacy through highlighting these activities, compelling users to stay continually engaged and up to date due to fear of not being involved. Humans are social beings who desire group interaction, therefore perceived exclusion can have damaging psychological impacts. Indeed, studies from the USA have found a robust association between intense social media use, fear of missing out and both depression and anxiety.

From another angle, online platforms may also have the potential to damage mental wellbeing through promoting unreasonable expectations. Social media has been linked to poor self-esteem and self-image through the advent of image manipulation on photo sharing platforms. In particular, the notion of the ‘idealised body image’ has arguably been detrimental to self-esteem and image, especially that of young women. The 24/7 circulation of easily viewable manipulated images promotes and entrenches unrealistic expectations of how young people should look and behave. When these expectations are inevitably not met, the impact on self-esteem can be damaging, to the disturbing extent that the Royal Society of Public Health recently found 9 in 10 young females say that they are unhappy with the way they look.

The rise of social media has been a fundamentally multifaceted phenomenon, the statistics suggesting that it will come to play an increasingly dominant role in our lives. The evidence suggests that social media use is strongly associated with anxiety, loneliness and depression. Whether it is causal or just a correlation will need to be further examined by researchers, mental health policy stakeholders and the social media industry. In the meantime, we must think very carefully about how we can manage its impact on mental health, for instance, through integrating social media 'lessons' into subjects in school, the use of behavioural economics and increased signposting efforts by social media firms.

Learn more about the evidence on social media: download our free briefing