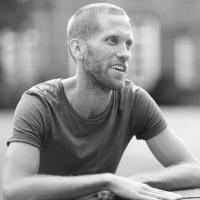 We have now been living through the Coronavirus lockdown for a month. During the initial shock and novelty of the situation we all found ourselves in, our collective focus was on adjusting to and processing this new reality. Amid the fear and uncertainty, there was also a sense of a nation rising to the challenge with determination, goodwill and even humour. Inevitable comparisons to wartime spirit and unity were drawn.

As the scale and impact of the crisis began to sink in, however, cracks appeared in this benign narrative. The BBC’s Emily Maitlis eloquently dismissed the idea that Coronavirus was the ‘great leveller’, highlighting the huge inequalities in people’s experience of the crisis, and their likelihood of falling victim to the virus. Soon after this, we began to see an increasing focus on the immediate and longer-term psychological impact of the social isolation and trauma people are experiencing as a result of the crisis.

we know that the likelihood of someone developing a mental health problem, and their experience of being unwell and receiving support, is fundamentally shaped by their socioeconomic circumstances.

Now that the curve of the virus’s toll seems to be flattening, thoughts are turning to how we will move on from these seismic events, and how life might change as a consequence of them. Questions around tackling social inequality and supporting better mental health should be central to this discussion. The two issues are inextricably intertwined, as we know that the likelihood of someone developing a mental health problem, and their experience of being unwell and receiving support, is fundamentally shaped by their socioeconomic circumstances.

In this context, the work of the Commission for Equality in Mental Health has become even more important. The Commission has been collecting evidence for the last year about the relationships between different aspects of inequality (social, economic, ethnic and health) and people’s experiences of mental health problems. I’ve been very glad to be able to contribute to the Commission through a working group looking at national policy solutions to address the emerging issues from this evidence.

Having worked for many years on how people with mental health problems experience the social security system, much of my input has been about how poverty, employment and benefits impact on people’s mental health. These issues are also particularly pertinent at this time, as the Coronavirus crisis has brought the economy to its knees and radically altered our expectations of the state’s role in supporting individuals and businesses.

With 1.5 million people making new claims for Universal Credit since lockdown began (seven times the number that would apply in a normal month), much has been made of how the crisis might alter public perceptions of benefits and people who rely on their support. The Department for Work and Pensions (DWP) has also cast itself in a more positive light during this period, as it has focused solely on processing applications and getting money to people, rather than trying to police their behaviour.

As hundreds of thousands of people discovered quite how tough life on benefits is, the basic rate of Universal Credit was quickly bumped up by £20 a week to soften the blow. But for two million people who are long-term unemployed due to illness or disability, there was no such increase.

While I very much hope these consequences of the crisis will lead to more permanent shifts in how people on benefits are perceived by the public and treated by DWP, I fear that we may be underestimating the tendency of individuals and institutions to fall back into bad habits.

Even in the midst of this collective fall into the social security safety net, those who have relied on its uncomfortable but vital support since long before the crisis began have been somewhat forgotten. As hundreds of thousands of people discovered quite how tough life on benefits is, the basic rate of Universal Credit was quickly bumped up by £20 a week to soften the blow. But for two million people who are long-term unemployed due to illness or disability, there was no such increase. Around half of this group need this support primarily because of their mental health, and many more are experiencing mental health problems alongside other conditions.

As people begin to return to work or find new jobs once lockdown is over, those who continue to need financial support from the state may be forgotten or, worse, seen as even less ‘deserving’ in a narrative of a nation ‘bouncing back’ from a heavy knock. They may also find that the benefits system remains governed by “nasty and now painfully outdated policies”, despite the more generous and less punitive form it has taken for the duration of the crisis.

In my current role as a Mental Health Social Worker, I’ve been struck by the way in which this crisis has exposed both the vulnerability of people with long-term mental health problems and their marginalisation from the rest of society. The inequalities that will have shaped people’s experience of mental health problems - poverty, isolation, racial discrimination, poor physical health - now also make them particularly vulnerable to Coronavirus. Yet while this crisis has been life-changing for most, many of the people I am supporting have reported that they feel relatively unaffected: whether through choice or stigma-fuelled exclusion, they have been practising social-distancing for a long time; they have been living in a state of anxiety and uncertainty; and they have been reliant on the DWP to provide the money they need to survive.

As people begin to return to work or find new jobs once lockdown is over, those who continue to need financial support from the state may be forgotten or, worse, seen as even less ‘deserving’ in a narrative of a nation ‘bouncing back’ from a heavy knock.

Our collective recovery from this crisis must not just be about how we try to fix things for those whose lives have changed the most. We need to take a key lesson from this experience - that we are all shaped by the circumstances that befall us as much as we are by our individual actions - and apply it to the wider questions facing our society. This will mean fundamentally reassessing how we value each other, how we recognise the inequalities and disadvantages people face, and how we respond as a society to correct these.

For those of us who have long been calling for such a shift, we can’t be complacent and assume positive change will inevitably follow this watershed moment. We need to keep these issues on the agenda, make the case for radical reform, and resist the pull of a return to ‘business as usual’.

Image by Andrik Langfield on Unsplash