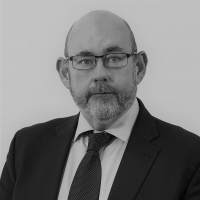 Why am I writing this? Because if we really believe we need to bring our whole selves to work, I worry that some current models of LGBT+ leadership are – entirely unintentionally – setting people up not to be resilient but rather to burn out from stress, or be victimised or marginalised.

Setting LGBT+ leaders up to fail

I’ve been alarmed that some leadership sessions aimed at LGBT leaders send them out in an almost Messianic way to change their organisation and the world, putting a very heavy demand on them. There’s sometimes a heavy reliance on a model of leadership which promotes a “go and transform your organisations” mindset. However, this has been repeatedly criticised by psychologists as an overly narrow model of leadership (Currie and Lockett; Lee, 2014.)

Not only do such models risk damaging the leader who “fails” in transformation; they fail to acknowledge the ways in which a culture which is hostile to sexuality, gender orientation or faith manifests and perpetuates itself (Buchanan and Badham, 2008). And while the literature on LGBT leadership focuses on the need for affirmative role models, it seems to be limited in how well it addresses the complex interplay of personal identity, context and resilience (Fassinger et al, 2010).

There is also an added context for LGBT+ folks. Being, becoming, assimilating and uniting one’s identity is hard work. And it’s usually an unfinished work because all of us are unfinished people. So LGBT leaders, like any leaders, are works in progress.

The inadequacies of some LGBT+ leadership models

This is where the models of leadership most open to LGBT+ people fall down. They have been:

And for every transformational leader who has done something wonderful, there may be another potential leader who has value to bring but may feel put off because they are not “like” the hero.

While these models of change are potentially useful at times, they all have limits. My own work with aspiring leaders, and the recent journey I have been on thanks to the Health Foundation, has convinced me of the value of the Ashridge Hult model of Leadership. We have to have leaders who can work with who they are and what they are, across all four domains. In a homophobic and complex organisation, the advocacy and transformational model may be setting up the LGBT leader for victimisation, with its major mental health consequences. That only serves to institutionalise homophobia by creating leaders who are scapegoats and sacrifices, rather than true change.

I could say the same about including faith, which remains too much a dirty word in today’s equality context. I argued in a paper to an Equality and Human Rights Round Table in 2015 that we know our identities are mostly complex. We are never simply one “protected characteristic” and this is a poor way to help humans bring their whole selves to work, study or service. When there are so many LGBT people who see their nationality or disability, religious belief or ethnicity as equally salient to their identity as their sexuality, why are we so rubbish at coping with organisational equality when it comes to this? We privatise faith, for example, denying the importance of spirituality to workplaces (Poole, 2009) but publicly celebrate sexuality; or work hard on LGBT issues and ignore our gender pay gap or disability inclusion. Bringing your whole self to work needs to mean that.

We have to start with the realisation that leaders are made, developed, always under development and always at least partly dependent on their journey.

If we are to build organisations where we can truly bring our whole selves to work, and if we are to create a generation of mentally resilient, healthy and effective LGBT+ leaders, we have some work to do.

We need to focus on models of leadership which support people being healthy and whole, as well as human. We need to “complexify”, not simplify, leadership to support aspiring leaders be authentic. And we need to understand that if any aspect of diversity is privatised in an organisation, then they all are.

We don’t need another ‘hero’.

Jim McManus is Director of Public Health for Hertfordshire County Council, a Chartered Psychologist and Fellow of the Chartered Institute of Personnel and Development. An extended version of this post is available on Jim's blog here.