Saving lives: why the tragic rise in suicide deaths is a reminder for continued action to prevent loss of life 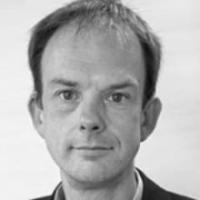 In the midst of yesterday’s fast-moving political events, the Office of National Statistics published figures showing that the number of people who died by suicide rose in the UK rose last year for the first time since 2013. They showed that there were 6,507 registered suicides in 2018, three-quarters of them among men.

Making sense of a single year’s figures is difficult, particularly when it goes against a trend in recent years of reductions in suicide deaths. But an 11.8% rise in suicides in one year is nonetheless a stark and shocking statistic that requires some serious reflection.

The overall statistics come with some important differences in terms of age, sex and region. Rates of suicide within England, for example, are significantly higher in the North East, Yorkshire and the Humber than in London. The age group with the highest risk of suicide remains 45-59, but the figures show some worrying rises in suicides among both young men and young women. Among young men aged 20-24, there was a 31% increase in 2018, while for girls and women aged between 10 and 24 the number of suicides has reached its highest since 1981. While suicides among young women are still very rare, this rise mirrors evidence from mental health prevalence surveys of growing levels of psychological distress and poor wellbeing among this group.

The causes of changes in suicide rates are many and complex. It is widely known that periods of economic distress are associated with higher suicide rates, for example, and there is evidence that public health measures to reduce suicide risk can have a positive impact on the number of deaths.

Local authorities across the country now have suicide prevention plans in place. Many are taking action to implement them – for example by extending suicide prevention training to people in a position to save a life, including GPs, railway workers and faith leaders, by offering bereavement support to the family members of people who die by suicide and by seeking to reduce the risk of death at high risk locations. But funding for public health services has been cut by more than £700 million in recent years, reducing the capacity of local councils to put in place measures that may help to reduce risk in their communities.

Centre for Mental Health worked with Samaritans to investigate the important and often overlooked role of primary care services in preventing suicides. While most people who die by suicide are not at the time of their death in contact with mental health services, many visit their GP in the preceding months. We found a significant gap in the support available to enable GPs to help people with suicidal thoughts and feelings before they reach crisis point. While many primary care practices take steps themselves to support people at risk of suicide, there is little help available more widely for those who do not have an identified mental health condition.

funding for public health services has been cut by more than £700 million in recent years, reducing the capacity of local councils to put in place measures that may reduce risk in their communities

This week’s figures are first and foremost a reminder of the tragic costs of suicide – for individuals, families, communities and the nation as a whole. Some 6,507 lost lives, all with friends, relatives, colleagues and others who feel the pain of loss for the rest of their lives. We owe it to all of them to do all we can to prevent suicide in every community nationwide.