Nerves of steel? Opening up about mental illness in sport 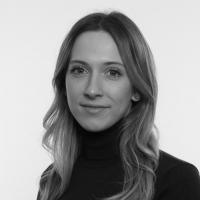 In what feels like another life, before I became a mental health advocate and wellbeing professional, I was a competitive figure skater. I competed for just under 2 decades, and the sport has been part of my life in one way or another for 23 years, including for a few years as a coach.

Where my past and present lives cross over, is in the realisation that there is a serious problem with mental health in sport.

More precisely, it’s not that mental health is overlooked in sport, but mental illness certainly is. There is a significant emphasis on ‘focus’ and ‘resilience’, but from the perspective of implementing a steely, tough attitude. This may be an advantage in a competitive arena, but as it has been suggested previously, some of the very traits which can lead to sporting success are also those which can be associated with mental health issues.

There seems to be evidence that athletes experience a greater overall risk of mental health symptoms if they suffer severe injuries, and I can see why. I was utterly lost

In my experience there are a number of challenges that sportspeople face which can particularly contribute to mental ill health (aside from a culture which focuses on resilience and not vulnerability) – injury, loss of identity, pressure to succeed and poor sport/life balance.

When I was 13 I fractured my spine in two places and ruptured a spinal disk. A painful injury on the ice which, ironically, I suffered after a very minor fall. The recovery period was depressing and the injury was terrifying. The physical side of the injury, although horrendous, was somewhat eclipsed by the psychological side. There seems to be evidence that athletes experience a greater overall risk of mental health symptoms if they suffer severe injuries, and I can see why. I was utterly lost. With many months spent without the ice, while I recovered, I felt directionless. Skating had given me such a sense of purpose, and joy, that in its absence I felt useless and depressed. I had always been ‘Anastasia the Ice Skater’. Who was I without the sport?

This doesn’t just apply to injuries, either. I saw a huge reoccurrence of this when I turned 21 and retired from competing. No one prepares you for that moment. The realisation that you’ve lost something which you’ve known longer than most of your friends and peers. The thing you’ve probably spent more time on than any of your relationships (platonic or otherwise). When I stopped skating I went through what I can only describe as a delayed grieving period. Although initially I was fine, I was in denial. And when the denial subsided I felt like I had been hit by a bus. I felt like a part of me had died. But then you’re ignored – you fade from the sporting world and it’s never spoken about. We know the vast majority of sportspeople won’t make it to the dizzying heights of Olympic fame, so why do we ignore the ones who miss out?

We know the vast majority of sportspeople won’t make it to the dizzying heights of Olympic fame, so why do we ignore the ones who miss out?

More broadly, the challenge around the ‘unsuccessful’ athletes is enormous. My biggest heartache when I look back at my career is that I had a spell of coming 4th in some of the biggest competitions of my life. When you train for that top spot, when you work yourself to the bone through (quite literally) blood, sweat and tears, it is indescribably gutting to not even set foot on that coveted podium. And despite incredible achievements of every single athlete who professionally or recreationally spends time doing what they love, and perfecting their skills, it is very easy to be made to feel like you are not enough. Or that your value is solely determined by how the competition judges view you. For me, the biggest irony around this is that ‘successful’ sportspeople make up such a minority of the sport. Why don’t we ever talk about the ones who didn’t make it?

One of the reasons that we ought to think about the sportspeople who don’t get to where they’d like to be is because of how much you have to juggle, and give up, to even make it close. Athletes will, for as long as possible, try and balance their education and training which in essence is like working two full-time jobs. Eventually, each athlete must come to a decision – do they give up sport, or do they give up everything else. For most, particularly in the UK where schools are not necessarily equipped to support serious athletes, education is usually dropped off the radar. And yet, when highly skilled athletes leave the sport they then have little choice for what to do with the rest of their lives, because their education has been so limited.

Above all though, within the bubbles of sports themselves, education and awareness about mental health and mental ill-health is lacking. As a result young people in such intense environments develop risky behaviours which fester unchecked and bloom into mental illness in front of your very eyes. In retrospect, I saw devastating eating disorders spread through friendship groups. I saw warning signs of severe anxiety disorders and deep depression in teenagers and young adults. Nothing was done, because no one knew how to spot the signs or what to do if they did. To me, it seems evident that sport can be a high-risk environment for mental illness, whether it is the risk of injury, balancing other commitments, intense pressure or a narrow focus on aesthetics (whether it’s muscle mass or body shape). Athletes for Hope suggested that 35% of elite athletes suffer from a mental health crisis, and that college athlete populations were much less likely to seek support than their non-sporting counterparts.

young people in such intense environments develop risky behaviours which fester unchecked and bloom into mental illness in front of your very eyes.

Slowly but surely we are seeing famous sportspeople come forward about their own struggles, from Michael Phelps with depression, to Serena Williams with postnatal depression. It is encouraging to see, but it is still not changing the reality for younger athletes earlier on in their sporting lives.

I have to be very clear, I don’t think that sport is full of toxic people, but it is perhaps a culture reluctant to move at the same pace as society with regards to progression in the mental health space. I had some wonderful coaches during my time in skating, and they remain people I am inspired by and respect enormously. I know that they would only have ever wanted the best for me, and yet collectively there is a bizarre ignorance within the sporting world around mental ill health. I would also highlight that governing bodies are often underfunded, and do the best that they can with what they have. But maybe, just maybe, now is the time to start thinking about the little things we can do in the sporting world to catch up with the rest of society and begin normalising conversations about mental health, and importantly – mental illness.

Anastasia launched Winning Minds on World Suicide Prevention Day 2020 to take action on some of the topics mentioned in the above blog. Winning Minds is a platform for sportspeople to access information and support on mental ill-health.

Mental health in the workplace: raising the profile and levelling the playing field