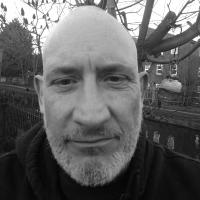 In the bottom of a tin in the top drawer of my desk is a badge I bought in the early 90s. On it is printed the simplest of messages: End Section 28. I consigned it to the tin years ago, confident that progress had been made. Recent events, however, have prompted me to think about those times again.

Section 28 of The Local Government Act of 1988 forbade the ‘promotion of homosexuality’ in schools. Landing at a time when AIDS was decimating the gay community - creating a culture of censorship for teachers and students alike - it prevented frank discussions about the concerns that many young LGBT people had about sex, relationships and their futures.

Landing at a time when AIDS was decimating the gay community, it prevented frank discussions about the concerns that many young LGBT people had about sex and relationships

There were widespread concerns about the negative impacts of Section 28 on the wellbeing of young people. LGBT groups and high-profile allies and advocates, including clinicians, questioned whether the legislation stopped schools from adequately fulfilling their obligations to protect young people, as enshrined in the Children Act of 1989. There were also concerns about the impacts of the legislation more widely – what did it say about the importance of the health and wellbeing of LGBT people across society as a whole?

The legislation was finally repealed, first in Scotland in 2000, and elsewhere in the UK in 2003. Progress was immediate and the culture in many schools changed for the better. LGBT students were acknowledged. They were encouraged to speak up and speak out. Bullying was tackled head on. The contributions of LGBT people – Alan Turing, Virginia Woolf, James Baldwin, for example – were celebrated. Teachers and others, including school nurses, were trained and supported to work in inclusive ways. Mutual respect and tolerance were key.

Young LGBT people are more likely than their heterosexual and CIS counterparts to harm themselves, experience suicidal ideation, attempt and complete suicide

More than 15 years later, despite progress, new challenges – such as cyber bullying – continue to emerge. Worryingly, young LGBT people continue to experience poor mental health. They are more likely than their heterosexual and CIS counterparts to harm themselves, experience suicidal ideation, attempt and complete suicide. Despite some excellent practice – in Lambeth, for example – schools have yet to realise their full potential in protecting and promoting the mental health of their LGBT students.

Recent events in Birmingham, Manchester and South London – where a small number of parents have insisted that children are not taught about LGBT issues, resuscitating many of the arguments used by proponents of Section 28 in the 80s – are a reminder that we should never be complacent about the mental health and wellbeing of all children, including those who are LGBT. The media storm which has followed is reopening debates laid to rest long ago.

To ignore the existence of LGBT children, to deny them knowledge of LGBT people in their communities, and to create division in schools – as a microcosm of society at large – will, at the very least, inhibit progress in preventing self-harm and suicide. At worst, it will exacerbate the problems.

For those of us in our 30s and 40s, Section 28 is still, on occasion, a dark influence on our health and wellbeing. We were told that our relationships were pretended, that our sexualities – the very essence of who we are – were somehow chosen, not determined, and that our achievements and contributions to society were not to be acknowledged, let alone celebrated. Counsellors and therapists tell me that LGBT clients in their early to late middle age – presenting with depression and anxiety, for example, or with issues relating to sex and substance misuse – relate their problems to the days before equality was secured, before we could marry or enjoy the protections of an equal age of consent, when we felt the impact of Section 28.

Time moves on, clearly, but there are lessons to be learnt from the past. It is important that young LGBT people are supported by a system they can trust, confident that they are seen and valued, that their needs are understood. Any efforts to counter these should be stopped. The mental health and wellbeing of a generation of our LGBT sons and daughters, nieces and nephews, are at risk after all.