Levelling up for mental health 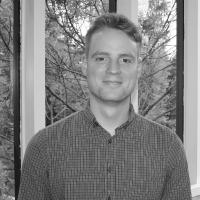 Coronavirus has an unpredictable future. We do not know whether efforts to suppress transmission will survive the easing of lockdown restrictions, if and when a vaccine will be produced, or even whether we – as a population – can develop long term resistance to it.

The trajectory of the nation’s mental health is different. It is influenced not only by the course of the virus but by decisions and interventions made directly by our government. Last week, the Prime Minister made a speech addressing the UK’s post-Coronavirus economic future. Our sense of what may change is growing.

The Prime Minister promised that austerity would not be revisited in the face of an impending recession. This is good news for mental health. Austerity was a policy of cuts to public services introduced by the Coalition government from 2010 as a response to the global economic crash in 2008. These cuts disproportionately hit deprived communities and individuals. For example, of the 20% cut in social security payments, the most severely disabled people bore 15% of reductions.

Analysis predicted that local authorities will face a funding gap of nearly £6.5bn by 2025. Addressing this gap must be part of our national recovery from Coronavirus

A decade on from his landmark study on health equity, Professor Sir Michael Marmot recently reported on changes over the last ten years. At the end of a decade in which the stringent hands of austerity were at work, people can expect to live more of their lives in poor health. Life expectancy (which steadily rose before 2010) has stalled overall and decreased for women in the poorest 10% of society, the health gap has grown between wealthy and deprived areas, and there are significant differences in health depending on where you live in the country.

The end of austerity was foretold by then Chancellors Philip Hammond in 2018 and Sajid Javid in 2019. Analysis by the Local Government Association in March 2020 predicted that local authorities, most of which have endured severe budget reductions, will face a funding gap of nearly £6.5bn by 2025 – despite the change in approach. Addressing this gap must be part of our national recovery from Coronavirus, so that vital services providing care and preventative approaches to mental and physical health across the life course can sustainably meet demand. Turning around the legacy of austerity will be a long road. Along the way, the Government must wrestle with the biggest economic crisis for generations.

It is critical to view the Conservative Government’s pledge to ‘level up’ the UK in this context. This agenda is often conveyed in terms of geography – moving away from a London-centric view of investment and industry to share wealth and development with areas of England which have ‘felt left behind’. This was reiterated in the Prime Minister’s speech.

But parts of a country don’t feel anything – people do. And people across the country experience huge inequalities in mental health and its social determinants. Addressing these wherever they are must be a priority.

inequalities persist across the UK; they will not be addressed only by investing in industry and infrastructure in a select number of areas

One might wander around some of London’s more ostentatious postcodes and be struck by the immense wealth and privilege on display (or at least, I have). There is a jarring contrast between these areas and visible signs of disadvantage elsewhere in the city. Seven of the ten local authority districts with the highest levels of income deprivation among older people are in London. Many of the communities experiencing the biggest economic and health inequalities find their homes in London’s boroughs. A record number of rough sleepers make their homes on its streets. This is not to argue for London-centricity. The town where I was raised is part of the most deprived local authority in Scotland. Yet my former secondary school’s catchment area encompassed one of Scotland’s wealthiest villages, famed for its millionaire residents. The point being, inequalities persist across the UK; they are experienced cheek by jowl, and they will not be addressed only by investing in industry and infrastructure in a select number of areas.

‘Levelling up’ must be about identifying and meeting the needs of people who experience inequalities in health and opportunity (which are closely interrelated). It must empower public services and institutions to make a difference in every locality and change national policies which damage the mental health and life chances of the most marginalised.

This is why we and many others were concerned by the recent statement that punitive sanctions and conditionality for people seeking benefits will be reintroduced once job centres reopen. There is little doubt that the threat of revoking financial lifelines will amplify stress and anxiety for many people during the biggest crisis for generations.

This was a speech predominantly about the economy. As such, we heard about investment in education, broadband, home building, railways and hospitals.

The Prime Minister also promised that his government would solve the seemingly intractable problems of funding the social care system. Whatever solutions are mooted, they must recognise that mental health social work has a vital role in helping adults of all ages to live independently and to secure their rights and dignity. We therefore need a funding settlement that recognises the social care needs of carers and of working-age adults with mental health problems, provides clarity about the responsibilities of health and social care services for people with ongoing needs, and enables local councils to invest in their communities.

we are proposing a New Social Contract for a mentally healthier society, that will improve the life chances of the people who have been left behind by a decade of austerity

Levelling up and Building Back Better must be about more than British industry and income. Centre for Mental Health has joined an unprecedented coalition of over 50 charities calling for a cross-government mental health renewal plan to be placed at the heart of the nation’s Covid-19 recovery. Together, we are proposing a New Social Contract for a mentally healthier society, that will deliver on the important promises the Government has made to tackle health inequalities and improve the life chances of the people who have been left behind by a decade of austerity.