Housing and the Mental Health Act: a ‘duty of care’ 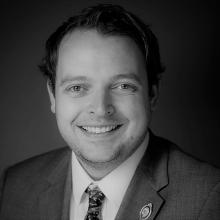 When someone is detained under the Mental Health Act it has significant implications for their housing situation. In the worst cases people lose their tenancies, struggle to pay their mortgages or get into arrears that put them in debt. This can have disastrous short and long term consequences for the person and their family, as well as making their mental and physical health worse.

The state attempts to mitigate these implications through putting a duty on local authorities to meet needs for care and support in the Care Act 2014 and for aftercare provision in the Mental Health Act 1983. These mitigations, however, are in my view a reactive measure and often do little to safeguard a detained person’s current housing situation.

In the worst cases people lose their tenancies, struggle to pay their mortgages or get into arrears that put them in debt.

In an ideal world, everyone would have suitable accommodation and there would never be a situation where someone would lose their tenancy because of ill health. Sadly, however, for many people a long spell in hospital in particular can put their accommodation at risk.

The Mental Health Act Review is an opportunity to put forward recommendations to government that would go some measure to helping safeguard someone’s current housing situation, as well as encouraging a more proactive consideration of a detained person’s housing needs.

This could be achieved by exploring the merits of introducing a ‘duty to cooperate’ for landlords, mortgage providers, local authorities and health providers around a detained individual’s housing need. This would place a duty on the mentioned parties to demonstrate that they have cooperated when considering a detained person’s housing tenancy. This, essentially, would mean a landlord could not kick out someone detained under the Mental Health Act without giving evidence that they have cooperated with the relevant parties in managing the detained person’s housing need. It could also mean that a health care provider would have an obligation to show it tried to work with the landlord to support a detained person with their housing.

A law change of this kind would go some way towards reducing the risk of a person losing their home while they are in hospital. However, I would also argue that local authorities and clinical commissioning groups need to be compelled by legislation to jointly produce, deliver and regularly review a strategy for supporting detained patients’ housing needs. This strategy would lay the foundations for ensuring there is a collaborative proactive response to the housing needs of people detained under the Act which should arguably always be a core consideration.

These changes could have a dramatic effect on people’s health and wellbeing – they may even save some people’s lives. They would be low cost and likely to save money. Ultimately, they could bring about a change in the way people’s health and housing are supported for the better for many years to come.

Photo by Norbert Levajsics on Unsplash