Best time of your life? Managing mental health at university 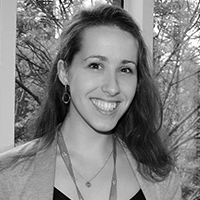 Reading our report on the mental health needs of students moving between school, college and university sent me hurtling back to my own journey as a young adult. I turned up at university, fresh-faced and utterly bewildered by the unknowns that lay ahead, clutching a laptop and my fragile recovery. Despite graduating eight years ago, it seems that whilst the public conversation about mental health – then barely a whisper – has come on leaps and bounds, students are still facing similar concerns and barriers to support.

The year before I headed off to university, I was diagnosed with an anxiety disorder which turned my eighteenth year into one of social paralysis. It was difficult to go places or see friends. Even travelling to my sixth form college became a huge hurdle to be crossed each day. By the time I completed my A-levels, I had started receiving treatment through CAMHS and had even successfully transitioned into adult services ahead of starting university. I had a good therapist who kept me on her books when I went off to uni, so that I could have a follow-ups during the holidays.

I turned up at university, fresh-faced and utterly bewildered by the unknowns that lay ahead, clutching a laptop and my fragile recovery

So far, so (relatively) good. And whilst moving out, beginning a new course and forming a new social circle had initially seemed insurmountable, I actually think university helped to progress my recovery at that time. I was ‘forced out of the nest’, and in the midst of a bunch of strangers and a new life, my options were to survive or drop out. In some ways I thrived in that situation and from the outside, it seemed like I was coping better.

However, when things started to settle down, the same issues re-emerged. And this is where the problems with the current system became clear. My home mental health service had sent a letter to the university GP surgery explaining my history, but I turned up at the practice to find the letter had never been received. In this respect, I experienced no continuity of care and was expected to start again, which was far from reassuring at a time of upheaval. It would have been easy to fall through the gap without anyone noticing. And in terms of help to sustain my somewhat feeble recovery, I don’t recall being signposted to peer support or NHS services. The GPs seemed to have limited knowledge of whether my medication was having any impact, but never suggested that I see a psychiatrist for a review.

I was expected to start again, which was far from reassuring at a time of upheaval

Clearly these are not examples of clinical negligence, but rather of a system that does not work well for students. As Student Minds highlighted, NHS mental health services are not set up to support students who live in transience between home and university, who essentially divide their year between two separate places. Once again, my experience highlighted an NHS system which tends not to whirr into action until things have reached an unmanageable level of ‘bad’ in someone’s life. A humanities degree gave me a more flexible timetable than I will probably ever have again, ideal for accessing support to maintain my recovery. And yet it was only in the year after university, during a relapse, that I was referred for further support. Yet again, services were reactive rather than preventative, and I probably cost them more as a result.

Echoing the findings of our report, whilst I had fantastic support from my sixth form tutor during the initial illness, I was far more reluctant to share a very personal struggle with university lecturers who would probably have trouble recognising me. The students we spoke to for the report had experienced one-to-one support from sixth form tutors and were concerned that the transition to university would render them ‘just another face in the crowd’.

Yet again, services were reactive rather than preventative, and I probably cost them more as a result.

University counselling services were available, but it was clear that they weren’t designed or resourced to address the broad range of mental health needs amongst students. There was a fantastic Mental Health & Disabilities team, who arranged practical support for sitting my exams. What was missing in all this was joined-up working between university counselling services and local NHS and community support. This kind of coordination could have helped me navigate between the familiar safety of my student bubble into the somewhat daunting world of NHS services. Whilst I’d experienced them before with parental support, this time I was dealing with the system on my own, and it seemed faceless and complex.

I was only too aware that my struggle was not unusual. I had friends around me struggling, friends dropping out of their studies. In each situation we faced multiple factors including not wanting to admit we were struggling, or not knowing who we could disclose to. It wasn’t clear what support was available to us, and the stigma around mental illness meant it was difficult to ask these questions. The same themes run throughout our report and indicate that change is still needed.

University is a critical period of self-discovery, growth and learning in a young person’s life. I have many fond memories despite the challenges. It’s also a key period where people learn to manage their health and face these issues without parental support. But if universities want to harness the potential of their students, and the Government want to improve the health of young adults, much more is needed. Universities need to provide adequate support and signposting. The NHS need to ensure students are supported to develop tools, resilience and recovery to prepare them for the stresses of adult life. And both need to work together, across university campuses and between home/study locations, to prevent more students falling through the gaps.

Finding our own way
Battling eating disorders and depression at university: Jenny’s story