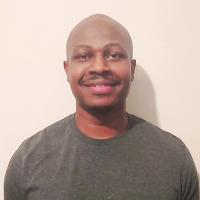 Alex Augustine is a peer researcher here at the Centre and works across various projects conducting interviews, focus groups and workshop as part of the Centre's evaluation of young people's mental health.

Alex began his career at MAC-UK, a psychologically informed mental health charity, where he worked as a tutor alongside clinical psychologists, going into schools, prisons, Pupil Referral Units (PRUs) and youth clubs to work directly with ‘hard to reach’ young people, supporting them in expressing themselves using creative writing and music.

He also worked as an embedded Integrate Practitioner as part of a Home Office funded project, where he was responsible for disseminating MAC-UK’s psychologically informed approach – better known as the ‘Integrate approach’ – ensuring that this was implemented by the team.

Alex then became a content writer and facilitator for The Integrate Movement, training professionals who work with young people on the best way to try to meet their mental health needs.

Alex has worked as a peer researcher for Centre for Mental Health for six years and counting. He has been involved in two main projects: firstly, highlighting the overrepresentation of young black men in mental health services, and secondly, illustrating the lack of diversity and of appropriate and relevant measuring tools in mental health services.

Having worked in this field since 2012, Alex has gained plenty of knowledge and experience as a one-to-one worker, facilitator and researcher, as well as many other skills which he brings to any project looking to meet the needs of vulnerable adults and young people.